Founded after the Revolutionary War, Cincinnati grew considerably during the 19th century and for a long time was one of the largest cities in the country not located along the East Coast. The city was a popular destination for German immigrants, and much of Cincinnati’s culture and heritage can be traced back to their influence. Situated along the banks of the Ohio River, Cincinnati grew as an industrial center with influence from the railroad. Baseball has a long history in the city. The Cincinnati Red Stockings, today the Cincinnati Reds, were America’s first baseball team founded in 1882 and have called the city home ever since. Other popular Cincinnati sports include the Bengals, Xavier University athletics, the University of Cincinnati athletics, and FC Cincinnati. The city is also home to an unusual number of unique food dishes which are a must try for any visitor.

Northeast of downtown Cincinnati sits Hyde Park. The Cincinnati Observatory and Cincinnati Country Club are both located in this upscale neighborhood established by Cincinnati businessman who wanted to duplicate the town of Hyde Park in New York, famous as the hometown of President Franklin D. Roosevelt. The heart of the neighborhood is Hyde Park Square, a small park surrounded by what is described as “one of Cincinnati’s oldest, and hippest shopping meccas.” There you’ll find plenty of great local restaurants and a famous Cincinnati ice cream shop, Graeter’s.

Perched on top of a hill overlooking downtown Cincinnati is the neighborhood of Mount Adams. This picturesque residential neighborhood is surrounded on three sides by steep hills and by Eden Park, home to many iconic landmarks such as Mirror Lake, Krohn Conservatory, and Spring House Gazebo, on the fourth. The Cincinnati Art Museum also calls this neighborhood home. Mount Adams has many great local restaurants and taverns popular with tourists to the city in addition to neighborhood locals.

Chili is a trademark dish in this Ohio city and there are a couple of distinguishing features of this style of chili. First, the beef is chopped very finely and beans and onions are not included unless specifically requested. Additionally, the chili is typically served on a bed of either spaghetti or a hot dog and shredded cheese tossed on top of it all as the last step. One of the most famous dishes in the city, you can get this Cincinnati classic delivered to your door from various restaurants. The largest and most popular chain is Skyline Chili but another great option is Price Hill Chili.

The Reuben sandwich is an American classic. Created with corned beef, swiss cheese, sauerkraut and finally grilled rye bread, it’s delicious. You can try it from many great restaurants in Cincinnati including Izzy’s which is over 100 years old and claims to serve “the World’s Greatest Reuben.” Other options for delivery include restaurants like Nicholson’s Tavern and Pub.

Graeter’s Ice Cream is iconic in Cincinnati. With a long history that dates back to around the 1870’s, this place has been selling ice cream in the Cincinnati area for decades. It is unique for what it calls its, “French Pot Process.” The end product of this process is an ice cream so thick it has to be hand scooped for packaging. Due to its popularity, Graeter’s has expanded outside of Cincinnati, but you can still get it delivered to your door today. 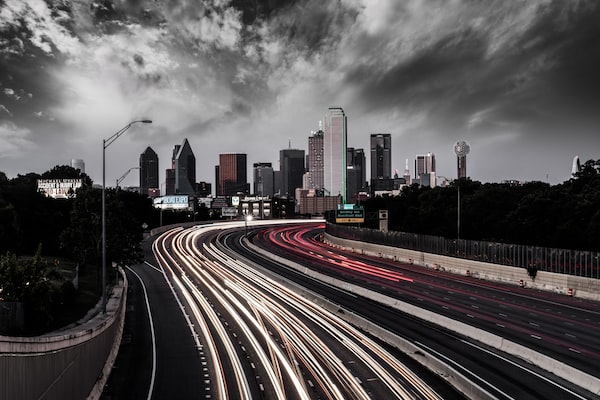 The Dallas/Fort Worth metroplex, or sometimes just referred to as the DFW or metroplex, is the fourth largest metro area by population in the United States. Home to over 7.5 million people, DFW is still growing at a rapid pace.