Looking for cheap and discounted food delivery? Find it in your area here today!

While the Super Bowl may be a wildly exciting game played between the NFL’s best teams annually, it is also a great opportunity for nationally recognized brands to get their name and announcements out in the public eye. And if you were watching the game like so many others were, you probably saw an interesting announcement from Little Caesars.

The Detroit based pizza chain giant announced in a commercial featuring Rainn Wilson (of The Office fame) that they are now offering food delivery in a partnership with DoorDash. This announcement is big news for both Little Caesars and you. For years people have searched and pondered, “does little caesars pizza delivery?”

Little Caesars has never before offered food delivery as an option. Despite this, they still managed over the years to become the second largest national pizza chain restaurant behind only Dominos. The ‘hot n ready pizza’ and ‘crazy bread’ items made them so popular nationwide. They’re showing a commitment to move forward and enter the highly competitive food delivery space.

Additionally, this is a big pickup for DoorDash who last year overtook Grubhub to become the largest third party food delivery company by revenue. Adding an exclusive partnership with such a large and well established company will likely help them accumulate even more market share, especially in the regions across the country where Little Caesars is popular.

But the important thing to consider is what all this means for the consumers like you and me, and if you’re a fan of Little Caesars then it is obviously great news. However, this partnership is more unique than some other restaurant/food delivery partnerships in the past.

Little Caesars pizza is available for delivery, but not on the DoorDash app. Instead, you place orders through Little Caesars own carefully, and costly, created app or website. Placing an order through their system will then send the information to a DoorDash driver who will deliver the food to your door.

If you like to sort through various options before placing a food delivery order then this reality is probably less than ideal. But, food delivery in any form with Little Caesars is a step in the right direction.

While this system is certainly unique (because Little Caesars was able to create their own internal system to coordinate food delivery with an independent food delivery company), it is not easily replicable. Most pizza restaurants, even some of the larger ones, will still not be able to recreate this unique system.

Some chains are adamantly opposed. While Pizza Hut and Papa John’s and Little Caesars have all partnered with third party food delivery companies in the last year to try and boost profits by entering the third party food delivery space, Dominos has been an outspoken critic of the system. They continue to claim they will never follow suit despite losing more and more sales to these delivery apps. Instead, Dominos continues to focus on carry-out orders which are more profitable for them they say.

On the surface, this looks like a great move by Little Caesars as they try to keep pace with other fast pizza chains. They might not have the best pizza in the world, but it is pretty good and consistent, and also on the cheaper side. Which brings me to another great benefit for consumers from this partnership: the cost.

Little Caesars says that their delivery fee will be at least $5 cheaper than ordering through any of the other large US pizza chains and won’t require a minimum purchase. If their claim is even half true, people will certainly order Little Caesars through DoorDash a lot late at night when they’re too tired to cook or go out and want a cheap option.

All in all, this seems like a great partnership that will benefit Little Caesars, DoorDash, and most importantly, you and me. I have been waiting for a long time for the nation’s second largest chain to finally start offering delivery. It’s certainly taken longer than I thought it would, but the day is finally here.

Look up ‘Little Caesars delivery near me’ and and with a few clicks, get your meal delivered. And remember, 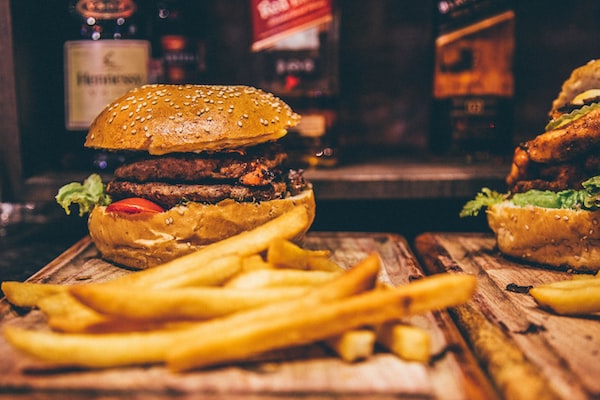 Burgers are a classic dining option. Personally, there are few things in life I like more than a great burger. If it wasn’t so unhealthy, I would probably eat at least one burger a day.