As expected, 2019 was a huge year in the food delivery industry. Growth was tremendous as more and more users continued to flock to third party services at higher rates and with more frequency than ever. While the demand for food delivery is rapidly on the rise, competition has also reached unprecedented levels. The food delivery market is in a great place for the beginning of 2020.

This year alone, Amazon exited the food delivery space, while Caviar was acquired by DoorDash. Additionally, DoorDash has been the fastest growing food delivery company over the last year and in May, they overtook Grubhub as the market leader in terms of share of sales.

This graphic published by Second Measure displays the current market share by delivery company as of December 2019. While there may be some minor difference, this is more or less where we can assume the market exists today, roughly a month or so later.

Clearly from this data we can see that DoorDash is responsible for the majority of the growth in the industry in terms of monthly sales. Postmates also saw steady growth this year in terms of sales, while Grubhub essentially flatlined and Uber Eats saw marginal gains. That said, according to the Second Measure report, Uber Eats data is low because a few acquisitions couldn't be counted as well as orders completed through other Uber owned channels like Uber Rides or using Uber Cash.

There has been a fair amount of talk over the last year whether competition in the food delivery industry is sustainable. Some people have said mergers are needed in order for companies to achieve profits. There have also been rumors of a potential Grubhub sale after they’ve run into problems growing the business. Additionally, some think a move towards an industry with really only 1 or 2 major players is the future.

Based on current conditions, it seems somewhat unlikely this would happen. Although nationally the market share is somewhat divided and there doesn't seem to be a clear definitive leader, on the more local level, by city for example, the situation is different.

Most of the large US metros have at least one company that has a somewhat large lead in terms of market share in that city. For example, while Postmates only has a 10% market share nationally, they are the most dominant food delivery company in Los Angeles, the nation’s second largest city, with 29% of the market.

Also, DoorDash is stronger in cities in the South and West while Grubhub appears to focus more on the North and Northeast. On the other hand, with the exception of a few cities, Uber Eats is rarely the strongest in any city, rather they seem to be a consistently close second or third across the board. With such regional differences, it seems more likely that there will be a trend towards certain services becoming more dominant in particular regions, and maybe more importantly, more dominant among different groups of people.

For example, Postmates caters to a younger audience with its high profile use of celebrities and promotions. On the other hand, Uber Eats' approach is to try to make money off existing Uber users who might be easier to convert into Uber Eats users. If this becomes the case, then there is no reason the market needs to consolidate into just two large, dominant companies jockeying for market share.

Given the different preferences by region and characteristics of users, each company should be able to find its target audience and learn to target them better to move towards profits without just buying out the competition.

Another strong indicator that merges are not coming to the market soon is in the lack of consistency among users. Brand loyalty, while not non-existent, is still very low within the food delivery industry. Second Measure data shows how users are very fluid when it comes to the company with which they place an order.

Instead of always purchasing through the same company, users instead have a tendency to switch between multiple apps. This is a sign that users are less interested in perks or rewards etc., but instead are constantly looking for the best deals on food delivery.

You may have even heard that the CEO of Grubhub even referred to these users as, “promiscuous customers” and blamed them for Grubhub’s lack of growth over the past year. While he might have a point that higher brand loyalty would certainly help profits, this is unlikely to happen. Consumers are unlikely to change their behavior if their goal is to find the lowest or best deal on whatever food delivery order they want to place.

What will be interesting this year is the effect subscription plans have on the growth of different companies. Subscriptions have become more and more popular across the country. They allow consumers more flexibility and a more fixed cost while also giving the companies a more reliable revenue stream.

Postmates has featured a subscription plan for a few years now. But, as this year will be all about profits in the food delivery industry, it will be interesting to watch how subscriber numbers adjust for each company that offers a subscription plan.

2020 is certainly shaping up to be an interesting year for food delivery in the United States. If projections hold, growth will be unprecedented and we should see more new customers than ever before. The convenience of food delivery will likely start to catch up however.

As consumers become more and more reliant on food delivery, food delivery services need to find better channels to acquire customers. If they don’t, prices for food delivery will continue to rise for consumers as companies face high acquisition costs on online platforms.

Graphs and data from Second Measure

Welcome to FoodBoss! FoodBoss is the world’s only food delivery aggregator saving you money and time on all your food delivery orders from your favorite restaurants across the country. 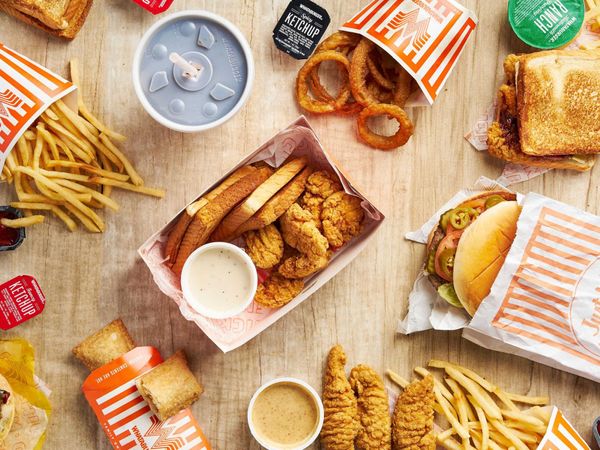 Nothing can beat In N Out. I have held this idea since the day I was born. The only place that has ever come close is Five Guys, so when my sister spoke the evil words, “It’s just as good as In N Out,” I yelled incredulously across the phone. How could that be possible?