The capital as well as the state’s largest city, Columbus is located in the absolute middle of Ohio. Home of Ohio State University, this city is much more than a college town and features great parks along the Scioto River, a brewery district, and world-class museums. One of the fastest growing large cities in the nation, Columbus has a diverse economy and is the home of multiple Fortune 500 corporations. Popular among German immigrants in the 19th century, the city still holds an annual Oktoberfest celebration where you can try all the unique cuisine options of the city.

The Short North Arts District is an extended narrow neighborhood just north of Columbus' city center. Located on North High Street, this neighborhood is a well known trendy area for cultural attractions like art galleries and local pubs. Home to the annual Columbus Gay Pride Parade, Short North is full of cafes, nightclubs, and most shops are locally owned. Just steps from the Ohio State University campus, this eclectic district is one of Columbus’ most exciting and lively neighborhoods.

Named after George Clinton, the United States Vice President under both Thomas Jefferson and James Madison, Clintonville is a residential area north of Columbus along the Olentangy River. A popular attraction in the area is the Columbus Park of Roses, a public garden where over 400 varieties of roses grow. Further north is the Old Beechwold Historic District which is home to the areas business district and where you can find many of the most popular restaurants and stores in Clintonville.

Find other amazing pizza restaurants on FoodBoss here, and discover the best options in the Columbus area available for delivery or pickup. And with FoodBoss, compare delivery times and fees so you can always select the best option.

Jeni’s Splendid Ice Creams is an artisan ice cream company that got its start in Columbus. It is well known for having many distinctive and unique ice cream flavors such as Brambleberry Crisp or Middle West Whiskey & Pecans. Founded in 2002, Jeni’s has become so popular that it has expanded far beyond the original Columbus locations with stores open as far away as Chicago, Atlanta, and Los Angeles. Order some of their tasty ice cream and enjoy it at home today: Jeni's Splendid Ice Creams.

Any current or former Ohio State student has likely eaten at or at least heard of Buckeye Donuts. Founded in 1969 and located just across from campus, Buckeye Donuts’ menu includes not only donuts and coffee, but also an assortment of breakfast sandwiches, salads, and gyros. Open 24 hours a day, it's never a bad time to get a donut or sandwich delivered to you from Buckeye Donuts.

Many people know Ohio as the Buckeye State, but fewer know exactly what a buckeye is. The Ohio Buckeye is one nickname for a tree indigionous to the state of Ohio. The tree produces a nut which is now commonly referred to simply as a buckeye. The nickname lends itself to Ohio State’s athletic teams as well as their Mascot, Brutus. Buckeye Candy is a dessert made to resemble the nut by dipping a ball of peanut butter fudge into chocolate and leaving a small circular area undipped. Craving this sweet treat? Get it delivered right now from Buckeye Candy Company. 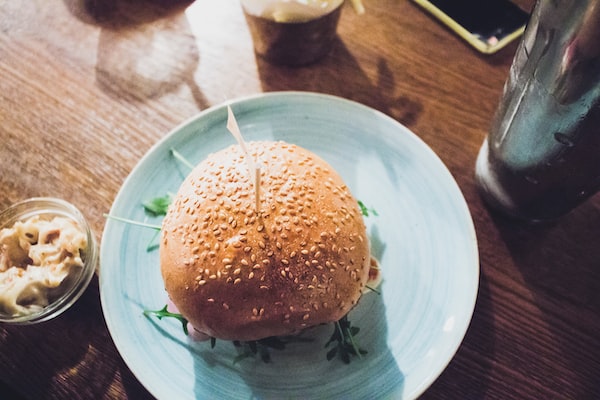 Okay, okay, so the hamburger isn’t technically from America. We know that. However, we’ve made it our own! Hamburgers are about as American as apple pie, baseball, hot dogs, etc...etc… (you know where this goes). 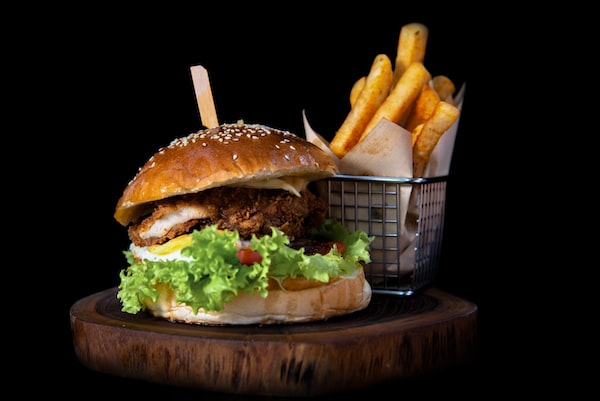 Nothing pairs better with world famous Wisconsin cheese than a burger cooked to perfection, and no one does burgers better in Wisconsin than Madison. Whether you’re in town to catch the homecoming game