An Introduction to Pizza Supreme Being

Pizza Supreme Being is a top rated pizza place in Sacramento. It offers crafted pizzas by the slice, with custom cheese, and organic local tomatoes for a surprisingly fresh taste. They even hand pull their mozzarella! That’s the difference that you can really taste at Pizza Supreme Being. This restaurant is proud to be a part of the Sacramento community, and strives to create an environment of comfort and exciting nightlife all at once with their restaurant. Recently, Pizza Supreme Being was included in the FoodBoss Experience’s Best Pizza Restaurants in Sacramento article.

Here is a quick overview of Pizza Supreme Being from Google Reviews:

Pizza Supreme Being is a fairly casual spot, in a bright and airy place of the city. Located baout two blocks from Capitol Park, it’s a perfect destination for an outdoor lunch or dinner. Pizza Supreme Being also offers vegan options for those with dietary preferences, and offers their pizzas in multiple sizes. Google reviews show 4.8 stars with almost 119 ratings. Looking to order Pizza Supreme Being already, here’s a link to find the best food delivery offer possible with FoodBoss! With FoodBoss sort by delivery options from multiple services to find the one with the lowest fees and quickest delivery times.

Below are a few reviews from Yelp from Pizza Supreme Being. Hear from other people who have already eaten at Pizza Supreme Being to help you determine if this is your next pizza destination. Read about their experiences so you can know what to expect.

My friend has been raving about Pizza Supreme Being for months. I know she's got great taste in pizza so I had to find out what all the fuss was about. I did not expect the shop to be as small and minimalist as it was, but that's not a bad thing. I'm used to traditional pizza restaurants so PSB was a change of pace for me. Their menu is very simple. Pizzas by the slice or whole pies. They offer cheese, pepperoni and Hawaiian. They offer vegetarian and vegan options along with a great beer selection. During Happy Hour, they offer House beer (that's literally what the beer was called) and a slice of cheese pizza for $5. It reminded me of college days spent eating cheap eats, but on a more upscale level. The offerings are simple but are of high caliber. The ingredients are top notch and you can taste the care that went into making the pizza. They don't add a bunch of toppings to mask poor quality. You can taste how good the cheese and the crust are in the cheese pizza. It's heaven on a slice. While I'm not usually a fan of pineapple on my pizza, I will make the exception for their Hawaiian. After eating here, I can honestly say, it has lived up to all the hype.

I had read that this was the #1 place to visit in Yelpd top 50 list so I knew I had to check it out. The place is pretty small inside so it seems the cater more to the to-go crowd with only a few tables inside. There were about 4 different pizzas in the case premade which you select and then they reheat in the pizza oven.  I wanted a side by side comparison so I got thick crust pepperoni square pizza and then thin slice pepperoni. Both pizzas were loaded with different types of pepperoni which added a nice texture. I am not a huge red sauce fan but found this to be decent and not a ton of it, so if you like extra saucy this isn't for you. The thick crust was almost like a focaccia with lots of holes. The thin crust was super crispy and I preferred it over the thick crust. The two pieces was $10.33 that included a side of ranch and tax. I will say the ranch was probably the best I have ever had and you could taste it was homemade. They have canned sodas, beers, and a few choices of wine. Not the best pizza I have ever had but for a precooked and reheated it was the best and I would for sure go back especially now that I know it is a mile away.

Honestly, good stuff. Pizza Supreme Being isn't a huge place, but their pizzas are. ;) My dad heard about it in a magazine and wanted to check it out. As his resident foodie and local kiddo, I tagged along with him. For some strange reason, he's become a fan of cheese pizza which meant we went for a slice rather than an entire pie. I had pepperoni because it's a classic and I love it. They heated the pizza and called our names. Both of us enjoyed the thin style with a slight dough feel to the crust. This spot reminded me of what it was probably like getting pizza many years ago. Little seating. No frills. And just people, pie, and drinks. We split a can of root beer which was perfect when I needed to wash down a bite that was almost all pepperoni. The employees were friendly and it was clean. I'm for sure going back since it's open at solid hours and not far from me. I also love that you can just do pizza by the slice and not have to have an entire pizza. 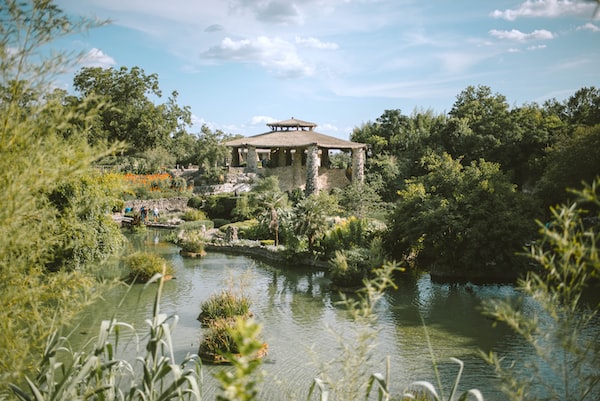