Throughout February, March, and April more than a billion people turn to the reflective season of Lent. After the roller coaster that 2020 launched, the Lenten season can offer a time to communally gather, even virtually, to ponder, hope, debrief…. and pool together lists of the best fish sandwiches around.

Traditionally, those who participate in Lenten traditions avoid meat on Ash Wednesday and at least each Friday in Lent. Restaurants all over the world have adapted to this dietary shift for Lent. In fact, the iconic Filet-O-Fish sandwich from McDonald’s was developed in 1962 in order to provide a fish sandwich that was suitable for Lent.

Today, about 300 million Filet-O-Fish sandwiches are sold annually (about a quarter of those during Lent). But that doesn’t mean there aren’t a whole lot more fish sandwich options to check out:

For the first time, Buffalo Wild Wings is jumping into the decidedly wing-less fish game at the national level. While some of its locations have had the sandwich in the past, this beer-battered, wild-caught Icelandic haddock on a toasted hoagie is coming to locations across the country. Don’t want the bun? Order their Fish & Chips with a side of that house-made garlic tartar sauce.

Also for the first time, Popeyes’ is throwing its hat in the watery ring. Inspired by its spicy chicken sandwich contender in the Great Chicken Sandwich Wars of 2019, this sandwich’s star ingredient is a piece of Pacific flounder with Popeyes’ signature Cajun seasoning.

Speaking of special seasonings though, we’d be remiss to not mention Bo’s Famous Seasoning showering the wild-caught Alaskan Pollock filet on the Bojangler. This year, Bojangles is also accompanying its fish sandwiches with a chance for you to catch a fish of your own…. with a paid trip to Alaska in its Big Catch Sweepstakes!

If you’re in the West and Southwest, it’s Carl’s Jr and it comes with shredded lettuce on a toasted plain bun. If you’re… anywhere else, it’s Hardee’s and it comes with leaf lettuce on a toasted sesame bun. Either way, it’s a crispy Alaskan Pollock filet with some creamy tartar sauce at a price that’s very difficult to beat: don’t miss the 2 for $5 special at Hardee’s while it’s here for Lent!

Wendy’s Fish Sandwich has been a mainstay for years now, though 2021 is bringing a few changes. The cod has now been changed to wild-caught Alaskan pollock, like many of the other sandwiches on our list, but we love that it still comes with its crispy panko crust and those little hints of garlic and onion.

We have a lot of love for panko crusts - it stays crispier for longer since they tend not to absorb as much grease as breadcrumbs. So imagine our excitement when we saw that along with Wendy’s, Sonic was also offering a panko-crusted Alaskan Pollock on its sandwich! As with its other burgers, the Premium Fish Sandwich also comes on that lightly toasted brioche bun.

Yes, that White Castle, with the little tiny sliders and Harold and Kumar reference that just popped up in your mind. If fish isn’t quite your thing one of these Fridays, their buttermilk-fried Shrimp Nibblers, Fish Nibblers, and Clam Sliders are back on the menu. But the little Panko Breaded Fish Slider - points again for being Team Panko, White Castle - is back just for Lent.

[Another White Castle surprise: did you know you can also get 2 veggie sliders with Thai sweet sauce for only 320 calories or Impossible Burger patties? Truly something for everyone at the Castle]

We’ve come a long way since the days of Burger King’s "Whaler" sandwich - its first fish sandwich, introduced in 1975. And there are some Burger King cornerstones on which all of their burgers hang their hats (... hang their top buns..?): they’ve got a little more heft than most fast food burgers, and those pickles can definitely hold their own.

If you weren’t one of the first 10,000 people to get a check for a free sandwich, never fear - it’s still just $3.79 after all, and you can still sign up to win the *big* check for $379 along with a $1 coupon (and if nothing else, just go through their security check exercise in the registration process for a chuckle). If the White Castle sliders sit at one end of the sandwich size spectrum, we think Arby’s might just be the winner for the other end.

There’s no talking about fish sandwiches to-go without mentioning the standard by which all others are measured. With that signature soft, steamed bun, McDonald’s has sold so many of these sandwiches that it was using roughly 15 million pounds of hoki at one point to supply these sandwiches that (all fish in the U.S. used by McDonald’s now comes from a single Alaskan Pollock fishery). It’s the sandwich that started it all - but is it just the start or the end of the search for your Fish Sandwich Fridays?

Maybe it isn’t getting as much press as the great Chicken Sandwich battles that produced one tweet about Popeyes every second for the first two weeks after the chain launched their fried chicken sandwich in August 2019. But one could argue that a lot of people have been looking for great Friday Fish options for centuries. And while the other fast food accompaniments have their own hallowed places for hungering bellies — milkshakes, pies, and fries, amirite? — it’ll be a long time yet before we stop trying to perfect the tangy, crispy, creamy fish sandwich.

Kylie Foo advises businesses on how to leverage new marketing software and strategies for paid media campaigns. She previously worked with Enterprise and Strategic customers for G2 and Metadata.io.

When possible, she loves to eat, travel, and eat some more. Currently, chili cheese fries are her 10pm, go-to delivery order on Foodboss. 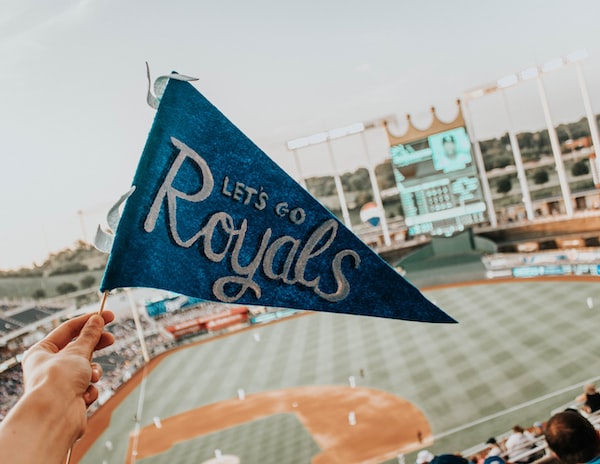 New York and Chicago style pizza are some of the most popular and highly debated types of pizza in the country. While there may not be any Kansas City style pizza, that doesn’t mean there aren’t still lots of great options when you’re craving a delicious slice of pizza.