Though Austin is the state capital of Texas, it is pretty well known as an oasis of eclectic culture and summed up by the unofficial slogan “Keep Austin Weird.” Austin is famous for its live music scene and promotes itself as the Live Music Capital of the World. A vibrant college town, the University of Texas main campus is located in Austin, and outdoor activities range from hiking to water sports on the Colorado River or Lady Bird Lake. Best known for its BBQ and Tex-Mex cuisine, Austin is also home to many food trucks that disperse across the city most days as well as dozens of local microbreweries.

Located just a few steps west from downtown Austin, Clarksville is a historic district established in 1871 by freeman after the Civil War. The neighborhood almost feels like a small village within the larger city due to the old historic homes, pedestrian-friendly streets, and small town feel. There are plenty of hip restaurants and unique shops in this part of the city. You’ll find lots of options for food delivery when searching in this neighborhood.

This area of Austin is full of culture and vibrant life. East Austin was initially home to a large African-American population and now home to many Mexican-American residents. Many studios, galleries, cocktail bars, and music venues exist in this new hipster hot spot of Austin, which gives the neighborhood a unique and distinct feel compared to many other neighborhoods. As far as food goes, there are many BBQ joints as well as Mexican restaurants in addition to the many food trucks that park on the streets into the later hours of the night.

This dish combines the Texan love of meat with a dish that is iconic in the region. A brisket is slow cooked then shredded and stuffed into a soft, buttery tortilla. Topped with other ingredients such as cilantro, sour cream, lime juice, guacamole, or tomatoes, this dish a downright delicious. If you find yourself in the Austin area, try it today from Stiles Switch BBQ & Brew or Iron Works BBQ.

More of a cuisine than a dish, Tex-Mex can encapsulate many different menu options. A fusion of Texan and Mexican cuisine, this type of food can be sampled from many different restaurants across Austin. A general feature of this cuisine is its heavy reliance on shredded cheese, meat, and beans. Due to its popularity, Tex-Mex is available in cities across the country, as well as around the world. For the best and most authentic Tex-Mex, we recommend staying close to home. Order some from Austin restaurants like Kesos Tacos or Iron Cactus.

Smoked sausage has a unique flavor attributable to the method by which it is cooked and using different types of flavored wood chips can add an extra layer of taste. There are different classifications depending on how the sausage is smoked. One such example, fresh smoked sausage, is unique because it can be stored without refrigeration. Additionally, some smoked sausage can be eaten cold or hot. Try some of the many smoked sausage variations with delivery from Austin favorites like Rollin Smoke Barbeque or Green Mesquite Barbeque.

Across the country, there are countless charities working to end some of the most pressing issues facing members of our communities. Especially during the holiday season, these nonprofits require help now more than ever. 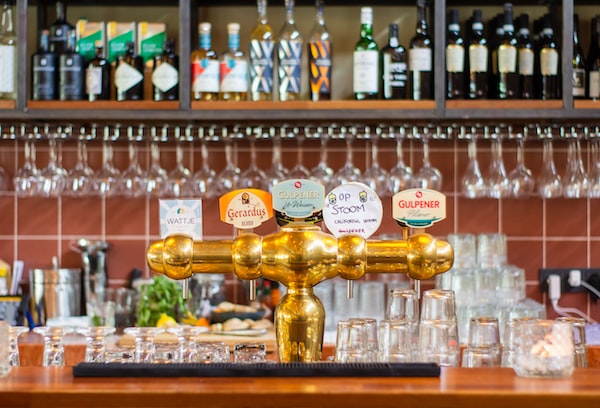 Looking for a fun night out with friends but don’t want to rely on bar-food to keep you going? Don’t sweat it – Chicago has a range of top-notch bars and breweries where you can BYOF! That’s right, bring your own food.