Beatrix is fast becoming one of Chicago's hottest restaurants. Created by Lettuce Chairman Rich Melman, it was designed to highlight foods and recipes that other restaurants wouldn't dare touch. It has a relatively simple interior design, including concrete floors and large wooden beams, and when I first visited Beatrix, I was surprised at how low-key it all looked.

The decor was modern and sleek, fitting for a downtown Chicago restaurant. Among mostly subtle interior design there was a rather large photo of Mick Jagger, and some other photos of pop culture icons scattered around the seating area. It was clear that Beatrix aims to appeal to the younger River North demographic, but it does so without alienating diners from other areas of the city. I'm sure some people will love the decorations, but I was more or less indifferent to them. I was just glad they weren't gaudy or excessive. One thing I did appreciate was the natural light, which balanced out the rather low-lit atmosphere quite nicely.

When sitting down, the first thing I noticed right away was that the menu was rather wild. My eye fell on “hummus with naan” as an appetizer, which sounded pretty delicious. But then I saw a fish dish that promised a “Mexican flavor” and a staggering array of salads that seemed too good to be true. On another part of the menu I saw you could order sushi! What was this madness?!

My first thought here was that Beatrix had likely bitten off more than they could chew. One of the first rules of restaurant ownership, which has been hammered into our heads for years, is that a restaurant should have a small and focused menu. This little selection size helps cut down on food costs and creates a restaurant and menu identity that is easier for the average consumer to grasp at first glance.

Beatrix went against all recent restaurant trends by offering, frankly, one of the most diverse menus I've seen in a Chicago restaurant. Their slogan is “taste over trend,” though, so it appears they are trying to bring back the “all or nothing” approach of past restaurants. Does Beatrix have what it takes to execute on the promise of such an eclectic approach? Or did they let me down by being the jack of all trades but masters of none?

While Beatrix Chicago is mostly known as a brunch place with the busy downtown Chicago scene, I was there to try out its dinner options. For an appetizer, I ordered the seven flavor Ahi Tuna Crudo Chili and chose a blueberry and basil smash as a beverage (they have a ton of fresh-squeezed juice drinks). I love Chili flavorings and figured a seven-flavor combination could be intriguing. The pan-roasted Chilean sea bass looked promising (and also included some Chili!), so I made an order for that as well.

While I waited for my food I was surprised at how busy the place was in the early afternoon. The crowd was diverse with people on dates and large families to college kids and young professionals throughout. They exclusively play pop music, which contributes to the hip downtown vibe, but those looking for a nice quiet place to eat may want to consider other options. Alternatively, if you’re looking for fun restaurants in River North Beatrix is the place for you.

A short two-minute wait later and my water and blueberry smash drinks were at the table. All I can say about this drink was wow! The blueberry and basil flavors were perfectly blended and deliciously refreshing.

My drink was so good I had to fight finishing one off before the Ahi Tuna Crudo showed up. When the tuna did show up, I was impressed. It was served hot, tender, and fresh, and the different Chili flavors complimented each other, without overpowering the taste of the sushi. Ahi tuna is hard to screw up, but regardless I enjoyed their unique take on it.

One thing that many restaurants don't get right is timing the arrival of the appetizer and main dish. Some people like getting their main dish as soon as possible, while others want a break between their appetizer.

Personally, I like having enough time to focus on enjoying the appetizer before getting to the main dish. Beatrix, more or less, succeeded here. I had just finished the Ahi Tuna Crudo Chili when the sea bass came out. I usually like a few minutes to digest and think about my food, but I appreciated not being in the middle of a big bite when the main dish showed up.

The presentation was beautiful with this dish and others I noticed at tables nearby. The bass looked delicious right from the start and had a few simple garnishes to put the finishing touches on the display.

Pressing my knife and fork to the bass, I was pleased at how tender it was. The bass was sweet, without being too crumbly to pick up, and I was hooked after the first bite (no pun intended). The combination of Tuscan kale, freekeh, and Fresno Chili flavoring created a potent and delicious flavor, and I’d rank it as some of the best seafood in River North that I’ve had.

Unlike low-quality restaurants that use overpowering spices to cover up some poor ingredient flavors, the sea bass’ taste and texture came through loud and clear. Everything about the dish was carefully balanced to ensure that you could taste everything in equal proportions.

The portions were of a reasonable size, too. While I wasn't overwhelmed with the size of my meal, I got enough to enjoy what I had eaten.

After finishing up the sea bass, I found I was pretty full, but not entirely stuffed. So when the waitress came around and asked if I wanted dessert, I ordered the tall, dark and handsome chocolate cake. The name amused me but hey, who doesn't love a great piece of chocolate cake?

And, like the rest of the food I'd experienced through the night, I enjoyed it immensely. It had a nice creamy texture on the inside with a thick coating of chocolate frosting on the outside that went together perfectly. By the time I was finished I was stuffed, and when the bill arrived it was definitely reasonable. You can certainly expect to pay more just about anywhere else in River North.

To sum it all up, Beatrix Chicago was an enjoyable experience that I’d gladly recommend to anyone. If you live in River North and are looking for great restaurants near you then look no further, and even if you’re not a local it’s worth the ride downtown. Their menu was among the strangest I've seen in Chicago, but the food lived up to the hype. While they may not specialize in one particular dish or cuisine, everything I tried was high quality and exceeded my expectations.

If I had more time, a bigger stomach, and a bigger budget, I would have tried out some of the more interesting food options. That said, I will definitely be going back soon. 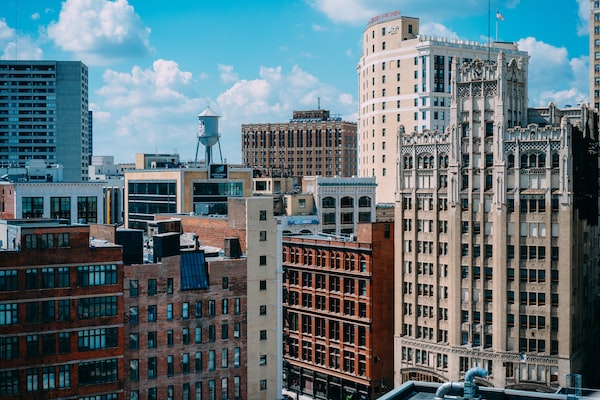 Detroit was once a strategically crucial port city along the Detroit River that connected the Great Lakes region with the rest of the country and beyond. Today, the city is less known as a shipping hub but instead as one of the most important manufacturing centers in America. 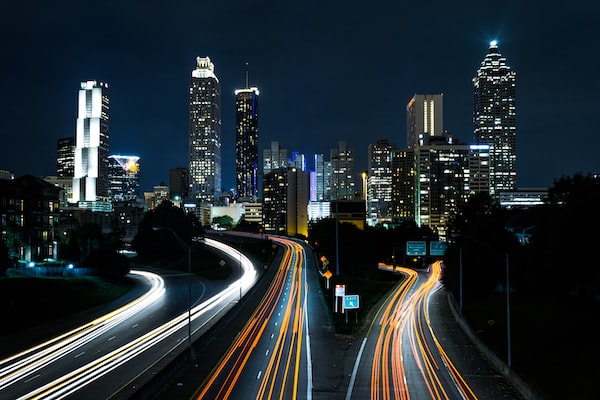 Atlanta, the capital of Georgia, is a city rich with history and cultural significance. The city played a significant role in the Civil Rights Movement as leaders like Martin Luther King Jr. organized grassroots networks which worked to end to racism and promote equality.