An Introduction to Crust

Located in the Tremont neighborhood, Crust has a great reputation in Cleveland for serving delicious pizza. You can always build your own pizza here and they also offer monster slices in addition to pasta, subs, and salads. Crust was recently included in our Best Pizza Restaurants in Cleveland article. Keep scrolling for more information about Crust below!

Here is a quick overview of Crust from Google Reviews:

Looking to order Crust already, here’s a link to find the best food delivery offer possible with FoodBoss! With FoodBoss sort by delivery options from multiple services to find the one with the lowest fees, quickest

Below are a few reviews from Yelp from Crust. Hear from other people who have already eaten at Crust to help you determine if this is your next pizza destination in Cleveland. Read about their experiences so you can know what to expect.

What a great surprise discovery this was. Crust is the perfect place for young, urban, professionals (a.k.a. YUPpies). Although I'm progressively less of each of the above, I had a great time here. The goal was to find a solid pizza in the city and I think I did. I had mozzarella balls (can we calm em mozzarella spheres?) for starters. These were generous sized, bulbous ones. Really, they were at least 2-3 x bigger than ones Ive seen served at other restaurants. I think they were breaded with pizza crust material. On to the pizza, I had monster slices, of Bianco and part of capocollo. The Bianco from here is now my favorite white pizza. I believe it was my first time having pecorino cheese, unless it has a different name for a lay man. It was GOOD. This is one of the few places where one slice truly is enough for an average adult. As the numerous pictures show, the slices are served pretty ceremoniously on their own triangular wooden board. Folks from our party enjoyed the salad as well. What makes Crust stand out is that it's great pizza in a really cool setting. When I have friends from out of town, I'd be okay bringing them here in the heart of Cleveland for good pizza. Bonus plus: their own parking is a blessing!

Okay pizza place. Crust is another typical artisan place. It has a menu of by the slice. Bar in middle of the dining area. There's not much room inside but there's also a few tables. Crust has a few notable items. It's most popular item though is pizza. This is popular here to get in a slice. It's about $5 for a single slice of pizza, which is large. They have all the slices premade so no substitutions. If you want you can also order a whole pizza. The pizza of course needs a drink to go with it, and there's plenty. Best choice to pair with it is the beer. They have many local brewers on tap. If you don't want pizza you can get mozzarella balls. The only bad thing is there were no vegan items served the last time. It already puts cheese on the slices so you can't leave it off it. That's how they do it and it makes it easier for them to get out.I would like to give this another try and see if there's additional choices. It seems to be limited in choices maybe because of the limited space. This seems like this is pretty fun to hang out at so I want to like this.

Second time here, first visit was slightly better than the second but good both times nonetheless. Family and I came to have a few bites and for some of us to head upstairs to check out there cool store / bookstore afterwards.  As usual, we shared a bunch of appetizers and two custom pizzas. I had a delicious Porter beer they had on tap (peanut butter flavored), and my wife enjoyed here selection as well.  For appetizers, we split an order of house rosemary fries and the fried pepperoni mozzarella bites.  The fries were hand cut and served with mayo, which paired perfectly with the pungent herbed fries.  The bites were small (only three in an order) but the girls loved them with the bright marinara to dip in.  The table also split a side salad with Italian dressing that made us feel at least a little bit healthy. ;-) As for the pies, we settled on two of their specialties...the ham and eggs (which we'd had before and rally liked) and the Spanish chorizo.  The ham and eggs could be a rock star go-to pizza for early mornings, with its sunnyside up eggs, capacollo ham and caramelized onions.  The Spanish chorizo was a bit spicier and mixed well with the roasted red peppers and goat cheese on top.  Both pies had a nicely chewy (but crisp outer shell)  crust to them. Actually, the real reason we came here was for daughter #1 to experience their divine creme brulee, but alas they are no longer serving desserts (as they apparently did not sell very well and were dropped from the menu). Overall, this is a solid spot for some pizza, a cold brew and a chill place to hang out.  I know we'll be back again.

You can order food delivery from Crust here and get it delivered right to your door in Cleveland today. 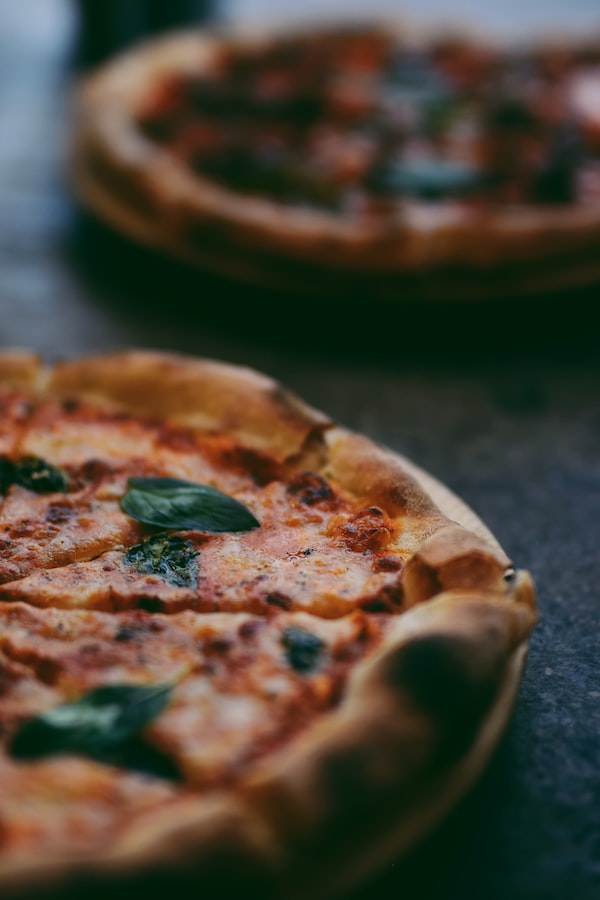 Located on Broad Street right in Columbus, OH Pizza and Brew is a relaxed pizza joint with a no frills environment. Come here for a solid slice of pizza to cure your hunger, but don’t expect any impressive over the top service or experience. 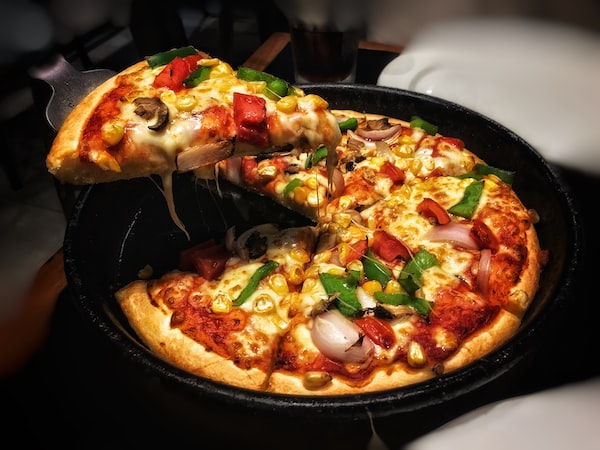 Citizen Pie was opened by a man who emigrated from Lithuania. He prefers to make his pizzas in a wood fired oven at an extremely high temperature.